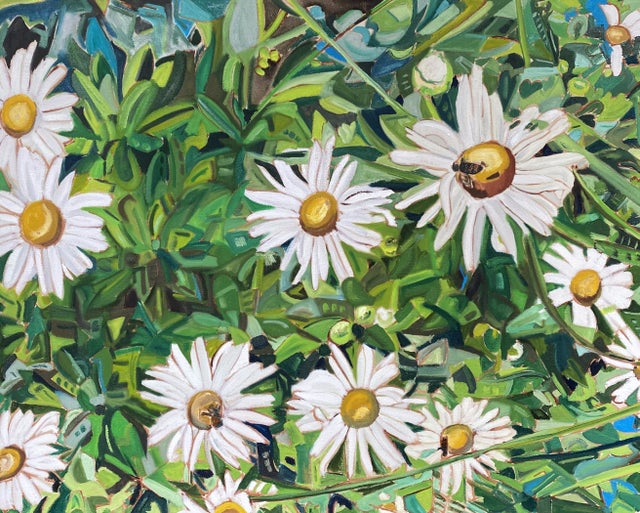 24x30 inch titled St Abigai's Nippon Daisy $2100 This painting of Daisies and Bees □ is inspired by St Abigail the patron saint of bees. When I was reading about her I discovered she is known for her miracles in rousting bees from their hives and using them to chase off evil. Some legends claimed that the bees transformed into soldiers, with their hives becoming helmets. Nippon Daisy’s are also deer □ resistant. I happen to see a herd of 9 deer in my neighborhood often. An Angel appeared to Abigail and told her to look for nine white deer and that is where she should make her home. She settled in Ballyvourney, County Cork Ireland. The medicine she made from the honey is believed to have saved the Ballyvourney people from the plague.